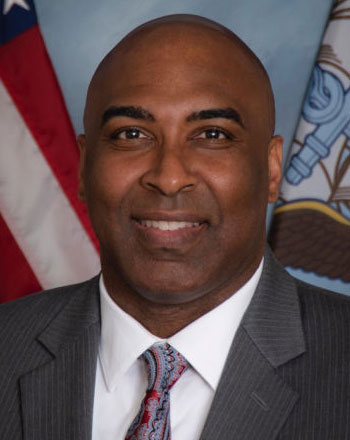 Director of Diversity, Equity and Inclusion Programs, Office of the Assistant Secretary of the Navy for Manpower and Reserve Affairs, Department of the Navy

Dr. Charles Barber assumed the duties as Director of the Department of the Navy’s Diversity, Equity and Inclusion programs in September 2021. In this role, he is responsible for the integration and implementation of strategic DE&I initiatives into Department of Navy culture, policies, programs and core functions. Prior to his appointment as a principal in the DON Secretariat, Dr. Barber was a primary author on the Navy’s Task Force One report that led to the Operational Navy’s DE&I Implementation Strategy.

Dr. Barber has led a broad range of diversity efforts, development of culture intelligence capabilities, strategy, organizational leadership, critical data analysis and business transformation initiatives that have provided world class human resource and transformational leadership support to a dynamic range of public and private sector clients to include military service members, civilians and their families. With more than two decades of experience in HR, Diversity & Inclusion, Business Transformation and Cultural Intelligence, Dr. Barber is a staunch advocate for efficiency, transformation and process improvement. He spearheaded development of the Army's Soldier Record Brief (SRB) while supporting the Integrated Personnel and Pay System – Army (IPPS-A) during one of the largest Army HR Transformation efforts in the modern era. At the Defense Logistics Agency, he led the development of a culture intelligence framework that integrated transformational leadership principles within the DLA enterprise. As Director of Business Transformation for the Department of Defense Vetting Directorate, he was a key contributor to the US government’s security clearance and background investigation process improvement effort. He also previously served as the Chief Human Capital Officer for the District of Columbia Courts.

Dr. Barber is a U.S. Army veteran with deployments to Kosovo and Iraq. A native of Bald Knob, Arkansas, he also starred as a sprinter on the Ouachita Baptist University and All Army Track Teams and achieved a personal best of 9.98 seconds in the 100 Meter dash, which earned him a qualifying slot at the 1996 US Olympic Trials.