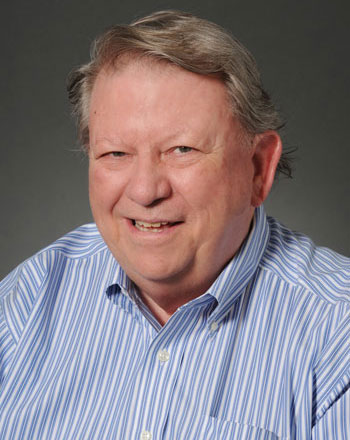 Gerald A. Hanweck was a professor of finance in the School of Business at George Mason University. He was a visiting scholar in the Division of Insurance and Research of the Federal Deposit Insurance Corporation (FDIC) from 2000-07. He joined the faculty at George Mason in 1986, and taught courses in corporate finance, applied global macroeconomics, financial institutions, and financial markets at the undergraduate and MBA levels.

At the FDIC he concentrated on the use of financial market information in bank risk management strategies, for use in establishing federal deposit insurance pricing, improvements in identification of banks in financial distress, and the subprime mortgage crisis implications for bank financial soundness. In this latter regard, scenario analyses have been developed relating macroeconomic and financial market factors to banking performance measures to better predict the effects of regional and macroeconomic cycles on banking company risk taking and vulnerability and mortgage portfolio stability. He has served as consultant to government agencies, banks and business and as an expert witness in litigation involving financial institutions and government agencies and is often cited in financial media articles.

Before joining George Mason University, Hanweck was an economist in the Division of Research and Statistics at the Board of Governors of the Federal Reserve System, Washington, D.C., concentrating on banking company mergers, bank lending and operating performance and financial stability.

He published research on these topics in academic and professional journals including Journal of Banking and Finance, Journal of Monetary Economics, Bankers Magazine, Journal of Economics and Business, The Antitrust Bulletin, and Journal of Money, Credit, and Banking. In addition to this research, Hanweck co-authored two books with Bernard Shull, Interest Rate Volatility: Understanding, Analyzing, and Managing Interest Rate Risk and Risk-Based Capital, published by Irwin Professional Publishing, January 1996 and Bank Mergers in a Deregulated Environment: Promise and Peril, Quorum Books, 2001.