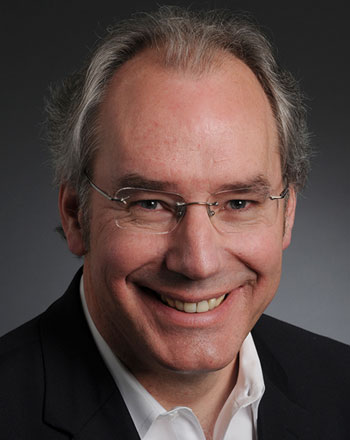 Jim Wolfe is a management executive, consultant, and attorney with 25 years experience helping emerging growth firms. He is the CEO and co-founder of J Street Consulting, a Washington, D.C., firm providing strategic marketing for new products, markets, and companies. He also serves as the Entrepreneur-in-Residence and assistant professor of management in the School of Business at George Mason University.

Wolfe specializes in new ventures and organizations undergoing dramatic transitions, both large and small. He has been a founder, director, or consultant to more than 50 early-stage firms in a wide range of industries including the Internet, software, biotechnology, international trade, telecommunications, legal services, real estate, manufacturing and retailing.

In 1990, Wolfe was one of the first Americans called to East Germany to help with the economic transition following collapse of the Berlin Wall. Since then, he has been an advisor to more than 100 international M&A transactions across Eastern Europe and Central Asia, as well as Africa and Asia. He has served as an advisor to the World Bank, USAID, U.S. Department of Agriculture, and the Federal Republic of Germany on privatization and foreign direct investments.

Wolfe is a past director of the National Entrepreneurship Foundation, the National Business Incubation Association, and is a former Trustee of Indiana University. He also has served as an adjunct professor at the University of Maryland, where he taught courses on business planning, venture capital, and international entrepreneurship.

Previously, Wolfe served as vice president of the Indiana University Foundation, the research and development endowment of Indiana University, during a $350 million capital campaign. Earlier he was corporate counsel to Finalco Capital Corporation, where he held N.A.S.D. securities principal licenses. He began his Washington, D.C., career as legislative director for U.S. Senator Dan Quayle.

Jim Wolfe holds a BS, MBA, and JD, all from Indiana University.