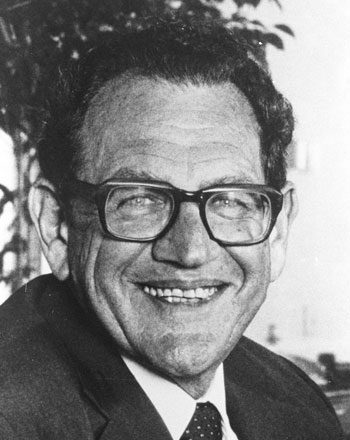 Raphael Coleman graduated from CCNY at 19 and went to work for Republic Aviation. He left after two years to get a master's degree in civil engineering at the Polytechnic Institute of Brooklyn, taught at the Pratt Institute, then began working his way up in the aerospace industry. He earned a doctorate in applied mechanics along the way. In his second stint at Republic Aviation, Raphael managed Project FIRE, which developed the reentry data needed to design the heat shield on the Apollo space vehicle.

Fairchild Industries lured Raphael to Maryland in 1966 to head its space and electronics-systems division. He masterminded Fairchild's campaign to win a $100-million government contract.

Raphael left Fairchild for Atlantic Research in 1970. As CEO, he took Atlantic Research from a $17 million-division of the Susquehanna Corporation with 300 employees to an independent company in Alexandria with 6,000 employees. By the time he retired in 1986 to become dean of the School of Business Administration at George Mason University, Atlantic Research had annual revenues of $400 million.

As dean, Raphael steered the school through its first national accreditation. He also created the region's first executive MBA program.

Even in retirement from Mason, Raphael was committed to the school. He facilitated an initial meeting for Mason MBA students with Buffett in 2007—an event that would happen two more times for Mason students. He also sat on the Mason Foundation Board of Trustees.