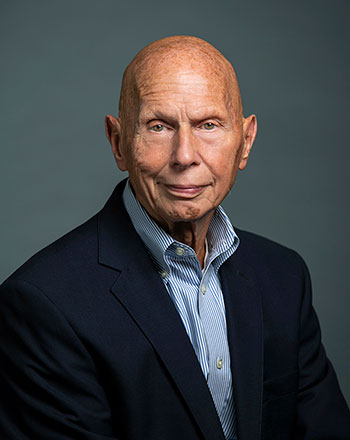 Richard Klimoski is a professor of psychology and management and area chair in the School of Business at George Mason University, Fairfax Virginia. He is recognized as "one of the 30 most influential industrial and organizational psychologists alive today" by human resources trade group, Human Resources MBA.

He has been in a number of leadership positions while at Mason including serving as the director of the Applied Cognitive and Industrial/Organizational PhD programs, the associate dean of Arts and Sciences for Outreach and the dean of the School of Business.

Prior to his appointment at George Mason University, Klimoski was on the faculty of the Ohio State University where he was vice-chair for the Department of Psychology. He also has been a visiting professor at several other major universities during his career.

Klimoski’s research and teaching interests revolve around the nature of effective organizational leadership and the dynamics of successful work teams. His scholarly work has appeared in the major journals of his field. He is the author or editor of several books including Research, Measurement and Evaluation in Human Resources, The Nature of Organizational Leadership, Emotions in the Workplace, the Handbook of Psychology, Vol. 12 (Industrial and Organizational Psychology) and, most recently, Advancing Human Resource Management Projects.

Klimoski is a fellow of the Academy of Management, the American Psychological Association, the Association for Psychological Science and the Society for Industrial and Organizational Psychology. He is a member of the boards of several not for profit groups including the SIOP Foundation, SHRM Foundation, Workhouse Arts Foundation and the Easter Seals of the Greater Washington Region. He regularly consults with organizations to assist them in finding ways to promote the more effective management of their people.

Klimoski received his undergraduate degree in psychology from the University of Massachusetts (Amherst) and his MA and PhD degrees from Purdue University. He currently resides in Alexandria, Virginia.