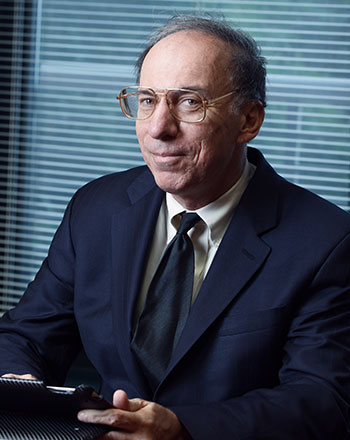 He was previously director of the business school’s executive degree programs, including the MS in Technology Management; the MS in Management of Secure Information Systems, which is jointly offered by Mason's School of Business, Volgenau School of Engineering and School of Public Policy; and the Executive MBA.

He is also co-founder and vice president of the International Academy of CIO and has served on several recent Commonwealth of Virginia commissions including the Commonwealth of Virginia Health Information Technology Advisory Commission (HITAC) and the Electronic Medical Records Advisory Committee of the Virginia General Assembly’s Joint Commission on Technology and Science (JCOTS).

He has 30 years of technology industry and academic experience including management and executive positions with MCI and its joint venture with British Telecom, Concert.

Auffret earned a BS in chemistry from Duke University where he was an AB Duke Scholar, an MBA from the University of Virginia and a PhD in physics from American University.